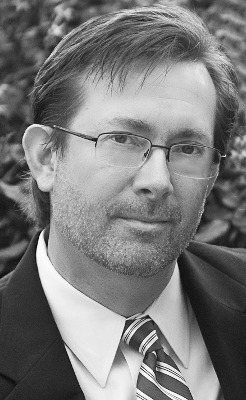 I first got involved in the funeral business when most people in this country still hadn’t heard of The Beatles.

It was a simpler time in America. Work wasn’t hard to find: a person could have a pretty good life just cleaning floors with a broom or a small plastic vacuum cleaner. Food was simple, but meals were easy to come by. People were kind; if you couldn’t walk where you had to go you could usually catch a ride. And you could still get a half-decent lollipop when you went to the bank with your Mommy.

Some of my earliest memories are of caskets. When we went to Grandpa’s shop we weren’t allowed in the work area with all the sawdust and machines, but the office was nicer and you could run up the ramp past my grandmother’s desk to a dark storage room where the new caskets were kept on carts.

Parents, if you want to train your kids not to fear the paraphernalia of death, just set them loose in a dimly-lit room full of caskets when they learn to walk. Works like a charm.

Lacking any context, freshly-built caskets are a delight to the senses.

My favorite part of the whole business was in the front room with the lady who sewed the luxurious, silky interiors. Her thread was on these amazing cone-shaped gray cardboard spools with brightly colored tops. They were almost as long as my arm, and sometimes she’d let me take one home.

The family business was the Shore Casket Company in Belford, New Jersey, from the 1940s through the 1980s. By the time Grandpa and I spent much time talking about it, he had sold the company and retired, and I was the one working in the industry. Big casket companies had taken over much of the Jersey Shore and Central Jersey market. Grandpa said the funeral directors told him, one by one, that the national firms required so much space in the showrooms that they couldn’t display many of his caskets. Eventually only a few funeral homes remained as customers.

I also got my father’s take on the funeral business, from his time delivering merchandise and working the occasional “call” with funeral directors who were Shore Casket Company customers.

My father was not a fan. He believed funeral directors took advantage of people by getting them to spend more money than they should, at a time when they had no knowledge of what to do and no control over the buying situation. Of course, Dad’s experience in the funeral business was in the 1950s and early 1960s, the apogee of twentieth-century funeral dominance and the period that launched memorial societies, She Who Shall Not Be Named, consumer advocate investigations, government investigations, and eventually federal regulation of funeral practices. My father wasn’t the only one with a skeptical attitude toward funeral homes.

But Dad didn’t talk down on the industry too much once I was employed in it, except to specify that when he died, no funeral directors would be involved.

As it turned out, when he did die it was in Florida in the 1990s, so technically I believe we could have worked directly with a crematory without talking to a funeral director—but we had to diverge from his instructions, and in the end did have help from a wonderful funeral director. Maybe I’ll tell the full story here someday, but in short it was my first direct involvement with funeral arrangements, and it had its ups and downs.

From there, my view of funerals took a pragmatic turn. Generally speaking, it consisted of being A) sympathetic to customers, like myself, and B) not mystified by the sellers. Over the years, I became increasingly pragmatic as I was called on from time to time when family or friends needed advice on funeral-related matters, since I was the “funeral guy” because of work.

My responsibilities over the years included many areas under communications and operations, but a main one the whole time was producing conferences and conventions—about 130 in all, with more than 1,500 educational sessions for funeral directors, cemeterians, cremationists, marketers, salespeople, and others in the business.

Through the thousands of hours of planning meetings, creating and reviewing Powerpoints and handouts, writing and publishing session information and promotional literature, all the audio and video to review afterward, and the days and nights in the sessions and talking with the good folks in the business, a modest estimate would be that my immersion in funeral industry issues from the industry’s point of view covered Malcolm Gladwell’s 10,000 hours a couple times over.

But for understanding funerals in America, I’ve since learned the industry viewpoint barely gives half the picture, even though the ICCFA was a progressive trade group with a membership made up of truly caring people. Looking back, I think the personal experiences from Dad’s and Grandpa’s tales and my own back-and-forth as a customer with funeral homes and crematories, college studies in religion and anthropology, my retail cremation products business, and my years of research after leaving the trade association, have contributed most what I now think of as my “rational” perspective.

Since 2011, while working as a publishing and marketing consultant, I’ve also run an online cremation urn store and informational Web sites for funeral consumers. At FuneralBuyer.com, I sold urns and provided how-to information for consumers for a number of years. The retail urn business is highly competitive. I ended up moving most of the sales process to eBay, which is an interesting funeral phenomenon in its own right, but on the whole I’d say urn sales is not a great vocation, if you need to make money. Eventually, I put FuneralBuyer.com on hold to devote more time to other projects, including Rational Death and my ongoing research into American funeral practices.

Despite its glaring drawbacks, selling cremation urns does bring conversations with people who, like myself, got thrust into making funeral arrangements. Talking to funeral customers is probably the best way to learn how American funerals work.

As I’ve been writing about on the blog and expect to write about more, the industry is changing, fundamentally. It actually began changing in major ways in the 1990s, when I was able to witness firsthand how businesses responded to consumer needs by trying new things: for instance, there was the newfangled Australian concept of “funeral celebrants” who are now commonplace in most markets. It was the period when progressive funeral home managers began emphasizing the need to move profit centers away from merchandise such as casket sales and onto a straight service fee. People with expensive business models had to figure out how to compete with low-overhead competitors.

If it’s not evident by now it soon will be that I have no interest in “exposing” anything about the business of funerals. Whatever threats the traditional funeral businesses face are mature, and have taken shape over decades and not years. There’s frankly nothing that needs to be exposed because it all seems to be pretty much out in the open for anyone who takes the trouble to look.

In my opinion, helping consumers will help funeral businesses, in the long run. There are a lot of funeral homes and cemeteries facing financial challenges which likely will get worse in the coming years despite the rising death rate. I think some managers in the industry are operating from an information deficit about what people need from death rituals, and also about the history of our funeral practices. Misinformation has probably influenced some of the government rules that restrict people’s choices when they have to make funeral arrangements. Helping consumers understand what funerals really do will simultaneously bring up crucial information for funeral business owners and state lawmakers and regulators. All together, I think spelling out the components of what I am calling a rational approach to funerals will highlight a better understanding that will help consumers, businesses, and those tasked with government oversight.

There is a bias within some corners of the funeral industry—probably inherent in every industry—to downplay bad news, or paint a brighter picture of the future than would be supported by facts. Probably the only sense in which anyone in the industry would be unhappy with the work I am doing here is that I might shine a light on data that some people wish to ignore. Most people in the funeral business, however, are very smart, and I think they will appreciate the attempt to provide factual information from which they can plan more intelligently for the future.

So coming up on 29 years’ work in the funeral industry and much of a lifetime around it, I’ve seen it from many sides. I think that’s reflected throughout this Web site and the blog.

Being able to look at funerals from different angles is useful because there is, in my view, an unwarranted cloak of mystery surrounding the trade and the purchase. To some extent, the mystery of the funeral ritual itself leaks out into the buying situation. That’s not so helpful for consumers who not only don’t make many such purchases, but are also likely preoccupied with basic questions such as, What do we need to do? Why are we doing this? What is going to happen?

Maybe it’s fitting that people allow a ritual expert to lead them through the funeral, but it’s not so great during the financial transaction. When we’re reaching for the checkbook, we should be understanding and seeing clearly all that is before us.

The links and resources found through the top menu give a good indication of the types of things I think consumers should know, or might be interested in, to learn about funerals, cremation, cemeteries, and such. The links in the sidebar go more in-depth on academic and industry perspectives.

My main purpose is to explain what we, as humans, need when someone dies, in terms of logistics, psychology, social obligations, and economic evaluation of the options. Most likely, I will be telling much more about certain perspectives, or fields of study, than most readers will even remotely care about, but that’s ok and that’s why there’s a scroll bar on the side and a back arrow at the top of the browser. When it comes to information, I think more is better.

And don’t worry, you can trust me: I’ve been at this since before the British invasion.